Here are a few events I think would be of interest to Latina feminists:

In addition to the discussion facilitation and discussion of texts assigned, we should go over the Last Word/Final Reflection assignment, which you can find on Blackboard.

There I mention that for Thursday (4.12) you should write a brainstorm reflection on the potential site of study for your final.

Recently, The Chronicle of Higher Education released an interactive report on “what it’s like to be a woman in the academy” or “The Awakening: Women and Power in the Academy.” There are a series of pieces that creatively analyze the perils of being a woman in academia. Similarly, in Telling to Live, the Latina Feminist Group explains how they use testimonio to analyze what feminist latinidades can do, and the complexity of collaboratively compiling reflections on the liberatory potential of being a Latina feminist.

Today we will start our discussion of the work in the Telling to Live collection. Many of you will be leading discussion in the next few weeks. You will also be writing Critical Reading Exercises. Here is the prompt for this week:

Based on the examples that the Latina Feminist Group provide: Write a short reflection of your own “genealogy of empowerment,” whether that is based on place, people, or experience. As always, strive for ~250 words, but if you feel like the prompt is taking you to a place where you *need* to write a longer reflection, I encourage you to do so. You will be using some of this writing towards your Final Assignment.

I will also continue to use this space to advertise events related to class:

Haudenosaunee Influence on the Women’s Rights Movement: Then & Now

This month – NYC activity in support of the work of the American Indian Law Alliance (AILA) at the UN Permanent Forum on Indigenous Issues.  Expected to sell out so be in quick!

Summary:
This event will tell the story of how the Haudenosaunee (Iroquois) Confederacy served as the inspiration for early feminists. We will hear from Indigenous women leaders as well as non-Native feminist activists. Speakers include the influential feminist author and activist Gloria Steinem. This event is a fundraiser for the American Indian Law Alliance and tickets are $20 per person. For more information, email: AILAUnitedNations@gmail.com.

Free to… Be Black As Hell: Race-Radical Literacies, College Classrooms, and the Movement for Black Lives

More than a moment or occasion for race-related current events curriculum, the Movement for Black Lives works as a central force of creative energy and intellectual gravity in college classrooms today. In this public presentation, Carmen Kynard discusses her efforts to work against the tendency to erase Black student insurgency that make possible/visible everyday processes of literacy, learning, and studenting. Kynard looks closely at digital writing projects of her own multiracial college students today and reads their literate contributions as part of a long, protracted vision for an anti-racist schooling and democracy.

A few events I should advertise for those of you interested in WGS:

Today! On Thursday, March 29, the Lesbian, Gay, Bisexual and Transgender (LGBT) Resource Centerwelcomes Kat Blaque for a keynote lecture in honor of Trans Day of Liberation. Her lecture will begin at 7 p.m. in Maxwell Auditorium. 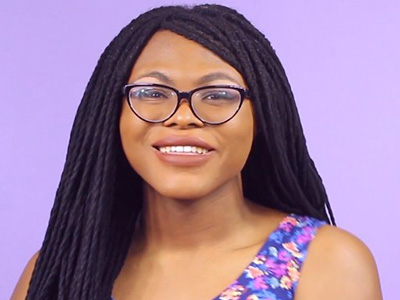 Blaque is a young, Black, trans woman and social justice educator. She believes “speaking about her growth and self-acceptance is vital in a world where trans people aren’t seen as valid and their possibilities are often limited.” Blaque will share a vision of self-love, community support and positive change during the keynote.

Thinking about our feminist futures is actually the focus of today’s class.

Specifically, today we’re reflecting on the past to build a better future. We will do so by reflecting on Marta I Cruz-Janzen’s work.

In “Latinegras: Desired Women–Undesirable Mothers, Daughters, Sisters, and Wives” she reflects on her own experiences to build on a larger reflection of the lives of black Latina women in the United States, Mexico, and Puerto Rico.

What are some of the salient moments that stood out for you? How do you think her 2001 piece speaks to the current moment?

For today you were asked to bring your multimodal creative projects. Let’s take the first 15-20 minutes of class to have some of you present what you’ve produced.

Remember that your rhetorical reflection is due on Thursday (3.29). Refer to the assignment prompt for specific instructions.

In “Queering the Borderlands: The Challenges of Excavating the Invisible and Unheard Author(s)” Emma Pérez explains the decolonial methods necessary in uncovering the stories of unknown historical subjects: mainly queer Chicanxs in Southwestern US.

To do so, she follows borderlands theory through her own methodology: decolonial imaginary.

On page 123, she provides useful definitions relevant to her discussion: colonial ideology, colonial mind-set, colonial imaginary. Like in our last class, she refers to the importance of naming things.

How does her writing correlate to Latina Legacies? How does it differ?

She ultimately asks researchers and writers of histories of sexuality to “interpret documents differently” (124) and to account for the ways in which Western histories o sexuality impacted non-western populations.

Gabriela Raquel Rios, critically interrogates the widespread use of the concept

of mestiza in order to point to the settler colonial logics embedded in its proliferation.

While she acknowledges Gloria Anzaldúa’s intentions, i.e. to undo “the logic of racial and cultural purity built into mestizaje in its colonial formations,” (111) she follows other scholars who are critical of the potential to reify a “eugenicist logic of ‘missed-race’ superiority” (110).

To do so, she elaborates the tensions and overlaps within Chicanx and Indigenous Studies, specifically referring to Emma Pérez, but also Walter Mignolo, and Audra Simpson, but also Andrea Smith.

Latin American theorists who espouse mestizaje as decolonial do so because they tend to see the problem of colonialism as something having more to do with modernity than with Indigenous subjects or even indigeneity as a concept…Still, the decolonial option does not seek to resist or undo colonial (knowledge) designs… (117).

On page 119, she highlights the importance of acknowledging the difference between identity politics, and identity in politics, while also explaining that “objectivity without identity is a falsity” (119). How does this assertion affect your own work?

There is a similar critique of universalism (114), which results in the erasure of settler colonial processes: “What disappears in a subjectless critique is the ongoing occupation of Native lands and the genocide of Native peoples” (119).

Before we engage today’s assigned readings, please refer to the Discussion Facilitation assignment. Please make sure to sign up for a date (and a reading) by the end of class.

Like us, the women you’ve read today believed that creating community is an important approach to liberating those who have been marginalized. A lot of their cultural productions aimed to celebrate their peoples’ heritage, and to make it part of a broader Latinx community. Interestingly, we could say the same about the authors of the pieces we’ve read. 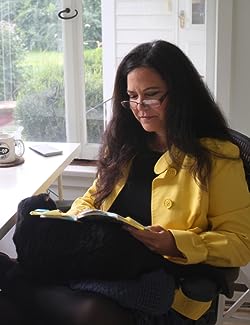 For example, Lisa Sanchez González, Professor of English at the University of Connecticut has made strides to collect the literary production of Puerto Ricans in the diaspora (specifically, New York). We get a glimpse of that effort in her piece about Pura Belpré.

If we were to think about the importance of the work of these women in a contemporary setting, we can identify the attack on academic fields of study that aim to continue the legacy of women like Belpré.

Such is the case of a Wisconsin University, as the Washington Post recently reported. 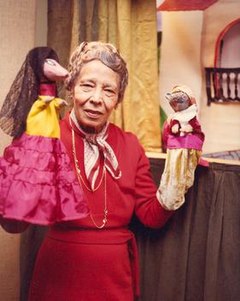 What is so dangerous about these disciplines? Why are these the ones to go? What would Pura Belpré say about the value of literature?

Pura Belpré is an example of a multifaceted approach to education: not only did she produce content, she made it her life goal to reach a variety of audiences in her work as a writer and librarian.

In addition to Pura Belpré, we read about Antonia Pantoja. Some of our discussions in the last class are still applicable to her story, especially the issues of race, identification, and tensions within solidarity building efforts.

There are videos that show Pantoja talking about her impetus for creating programs to promote education and entrepeneurship within the Puerto Rican diaspora. What are the correlations we can make about her story and the recent socio-economic and political events in Puerto Rico?

Let’s close with taking a moment to write a few notes on your own rhetorical efforts, and how you will be further distributing a Latina feminist perspective through your multimodal/creative products.

Today we will disuss the readings assigned, paying particular attention to the histories they tell, and how they are related to Latina feminisms. But first, a quick overview of the women whose stories were assigned for today:

Her story resembles that of Luisa Capetillo, in that they both traveled far and wide to advocate for labor rights. There is also a direct link between the two, as Moreno was inspired by Capetillo.

Moreno’s story also calls up issues of the labor involved in social reproduction.

She is still revered and celebrated in the different communities she worked with/for. 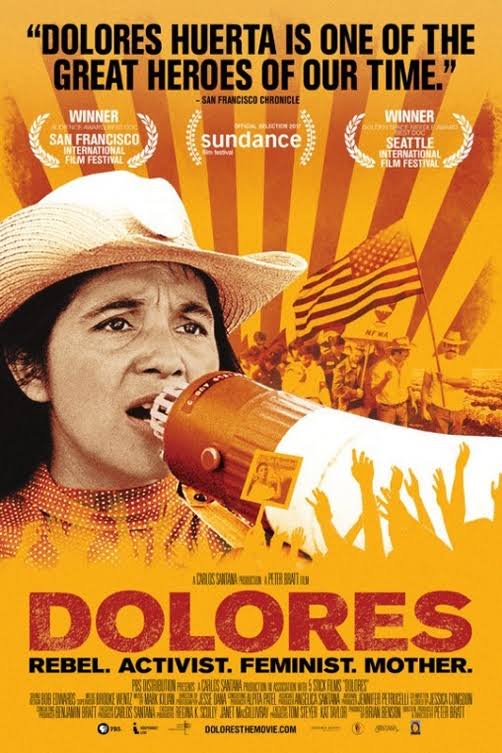 So far in our discussion of Latina Legacies, we’ve focused on the importance of the historical contexts that the women whose stories we’re reading were immersed in, and the spaces they traversed in their work and activism. What kinds of histories are new to you? What histories are you interested in learning about further?

For me, it has been interesting to read about the socialist and communist perspectives that some of the profiles elucidate. To further expand our attention to intersectionality, I’d like for us to consider the following poster: 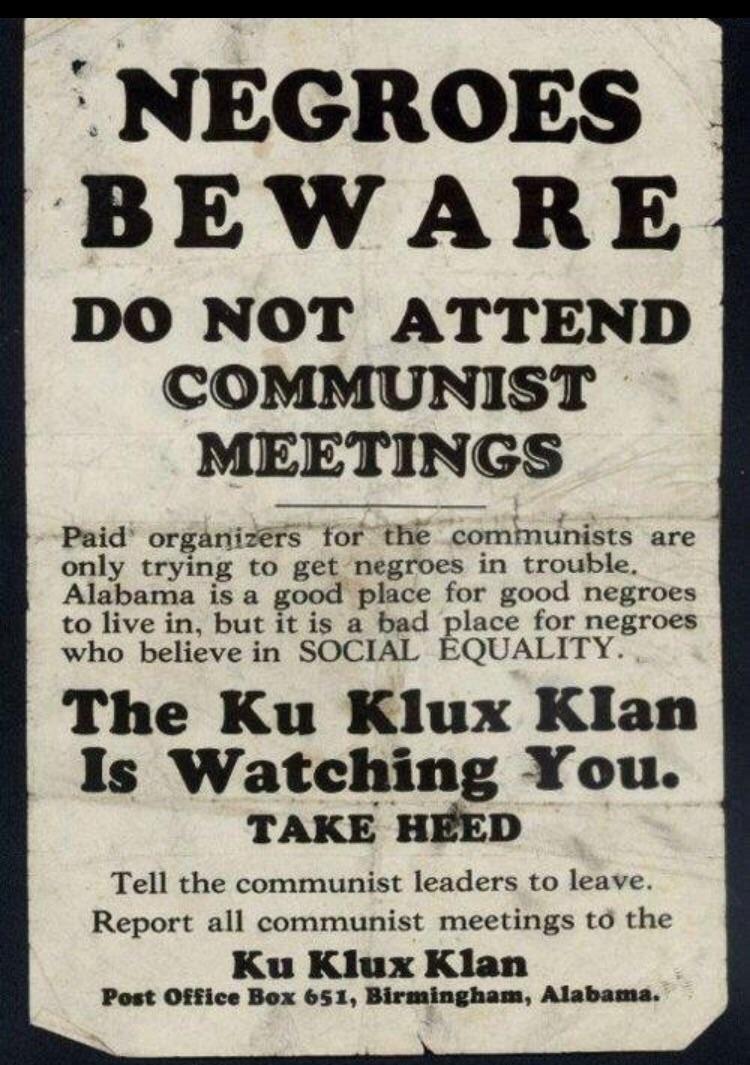 What does red-baiting mean? How does race play a role in the suppression or enhancement of dissent? How do women like Luisa Moreno engage racial politics?

So far we have learned about Puerto Rican independence movements, tobacco and other kinds of labor organizing. The different projects that these women take on are still couched as a Latina feminist extension: Why? What makes their work feminist?  How are the authors applying a Latina feminist lens in telling these women’s stories?

The common thread throughout these conversations can be traced back to labor. Whether it is in relation to explicit laboring conditions, or in the personal realm of day to day live, these women worked hard for their communities, as well as for their fellow Latinxs and in solidarity with other marginalized peoples.

Here are two events Janet Flores has shared with our class. We will be collectively going to the first one.

Today we will be going over the assigned readings, paying particular attention to the way in which individual women represent a particular faction of a bigger community. To do so, we should revisit the timelines that you constructed during the last class. Where do they fit? How do their stories contribute to your understanding of Latina Legacies?

What were the systems that these two Puerto Rican feminists fought against?

Hope you have a great break 🙂